You are here: Home / Archives for Sousaphone 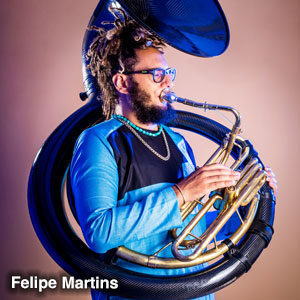 Felipe Martins was born in Montevideo (Uruguay) but he has also lived in Abrigada (Portugal), Barcelona and several villages in Mallorca (Spain).

Living in a variety of cultures has contributed to the development of a huge curiosity for different music styles (classic, reggae, rock, candombe, jazz, funk,