You are here: Home / Archives for Mixed Group 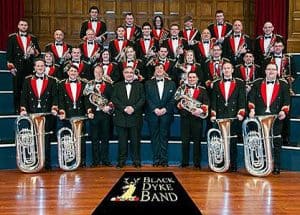 Black Dyke Band, formerly Black Dyke Mills Band, is one of the oldest and best-known brass bands in the world. The band has won many prizes and competitions over the years. In 2009, the band won the National Brass Band Championships of Great Britain for a record 22nd time.

It was formerly the band of the Black Dyke Mills in Queensbury, West Yorkshire, England, a company owned by John Foster. Foster, a French horn player,