Steph’s love of brass began in her native Cornwall at the age of 8, when she started playing the cornet with the Mount Charles Youth Band. She quickly progressed through to the Principal Cornet chair of the youth band, whilst also playing in St Austell Town Band and the senior Mount Charles Band.

Aged 11, Stephanie successfully auditioned for the Cornwall Youth Brass Band (CYBB), where she remained for a further ten years; four as Principal Cornet for the band and subsequently as a tutor for the Cornet section. Steph returned to the band in 2019 to be guest soloist for their Christmas course.

In 2011 Steph joined Tongwynlais Temperance Band, before later in 2011, joining the Cory Band enjoying seven years as their Repiano Cornet and Flugelhorn player. Some of Steph’s notable highlights during this time were winning the ‘Grand Slam’ in 2016 and Australian and American tours in 2013 and 2015. This period of Steph’s musical journey coincided with her studying at the Royal Welsh College of Music and Drama (RWCMD), where she gained a BMus (Hons) Degree.  She achieved notable successes during her time at RWCMD, winning the Phillip Jones Brass Ensemble prize two years in a row, becoming a finalist for the Linda Mowat Brass Award and winning the Harry Mortimer Award for RWCMD’s Outstanding Brass Musician, which was presented at the British Open.

May 2018 saw Steph move to Greater Manchester, to live with her partner and she joined the Fairey Band as Principal Cornet. Highly regarded by her fellow band members she was awarded ‘Player of the Year’. In March 2020 she joined Grimethorpe Colliery Band on Repiano cornet, enjoying some innovative lockdown performances with the band. During 2020 and against the backdrop of the pandemic Steph accepted Prof. Nick Childs’ invitation to join Black Dyke a seat that has brough Steph international acclaim.

Steph is currently a Music Teacher in a special school and is a Geneva Performance and Development Artist and plays an Oldroyd Cardinal Flugelhorn. She was appointed a Denis Wick Artist in 2022. 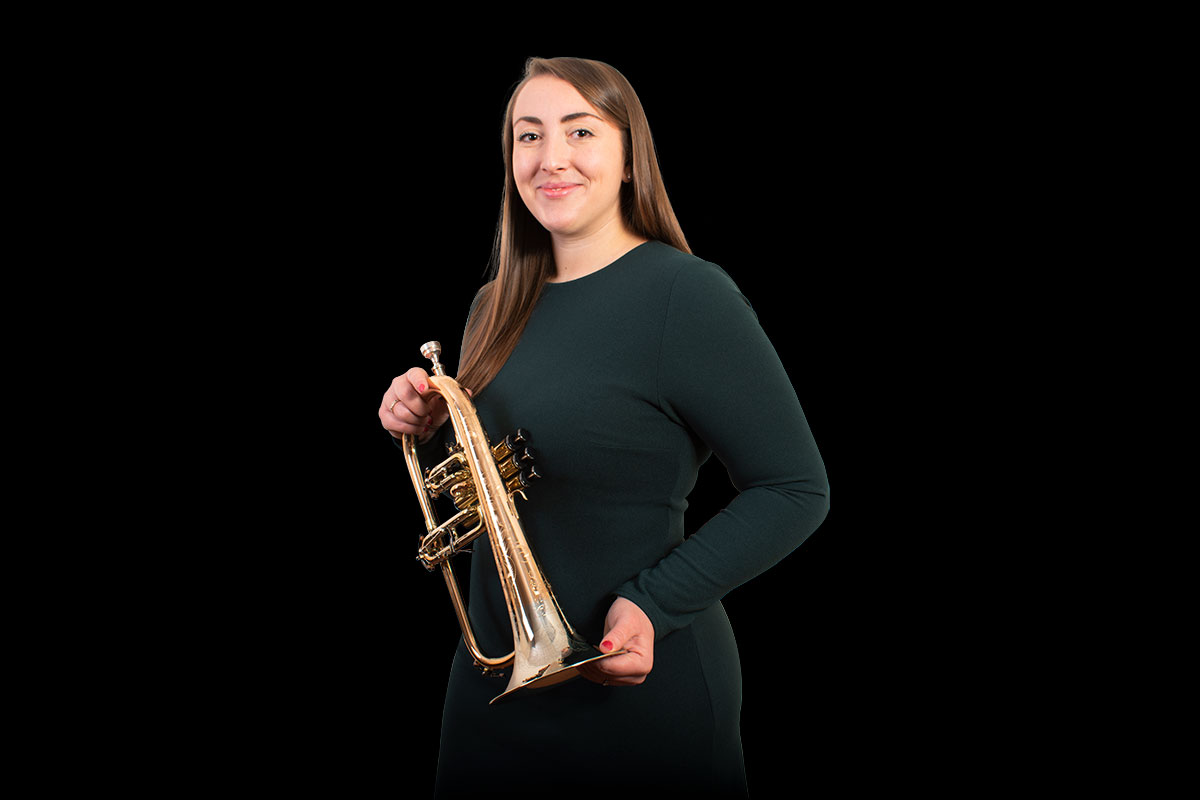