Shaun Crowther began playing cornet in 1967 with his local band Goodshaw. He moved to BBb Tuba in 1974 and then joined Fairey Aviation Band in 1975. He was Principal Tuba with the Williams Fairey Band (Fairey Aviation) for 25 years and then joined the Grimethorpe Colliery Band where is was Principal Tuba for a further 20 years. He studied as a mature student at the Royal Northern College of Music (RNCM), graduating with a BA in Music in 2001. He has taught tuba at the University of Huddersfield in addition to coaching the National Youth Wind Orchestra.

Since studying at the RNCM Shaun has played for a variety of professional ensembles, such as the Halle Orchestra, Ulster Orchestra, Orchestra of Opera North and the Manchester Concert Orchestra also with many Chamber Ensembles such as Halle Brass, Ulster Brass, Nemo Brass Quintet and Sandstorm Brass Quintet.

As well as his teaching with the Hull Music Service, Shaun has tutored at many workshops and courses both within the UK and as far afield as Australia. 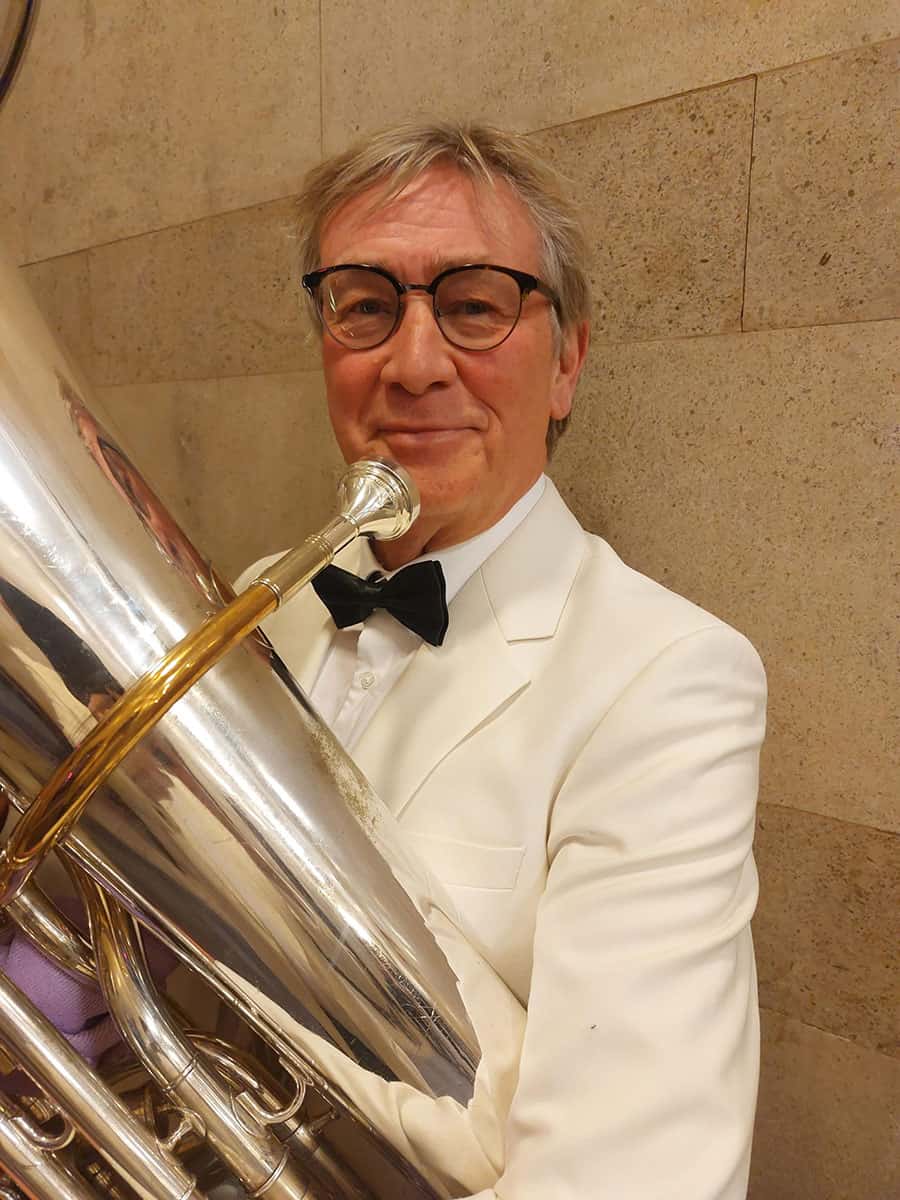