Dr. David Thornton is regarded as one of the foremost euphonium players and teachers of his generation and has a global reputation. His work as a soloist, conductor and educator is renowned throughout the brass playing world to have a distinct hallmark of extreme virtuosity, professionalism and an ability to connect with audiences like few others in his field. His solo recordings have won numerous awards including 4barsrest Solo CD of the year (2015 – Parallel Realities), the Roger Bobo Award for Excellence in Recording (2016 – Parallel Realities) and The British Bandsman magazine Solo CD of the year (2003 – Three Worlds).

His work within the brass band world has seen him at the top-flight for almost twenty years. He has held solo euphonium positions with the Fairey Band, Black Dyke, Brighouse & Rastrick and Foden’s, having won five National titles, three British Opens and one European Championship during this time. David also has an international reputation as a musical director and band trainer, having worked with Brighouse & Rastrick, Black Dyke and Grimethorpe. He is currently the Principal Conductor of the GUS Band.

He is the Director of Brass Band Studies at the RNCM, as well as teaching euphonium and chamber music at Chetham’s School of Music. Both his current and former students hold principal positions in many leading bands & ensembles around the UK. David is a Denis Wick Artist and performance and development artist for Geneva Instruments. 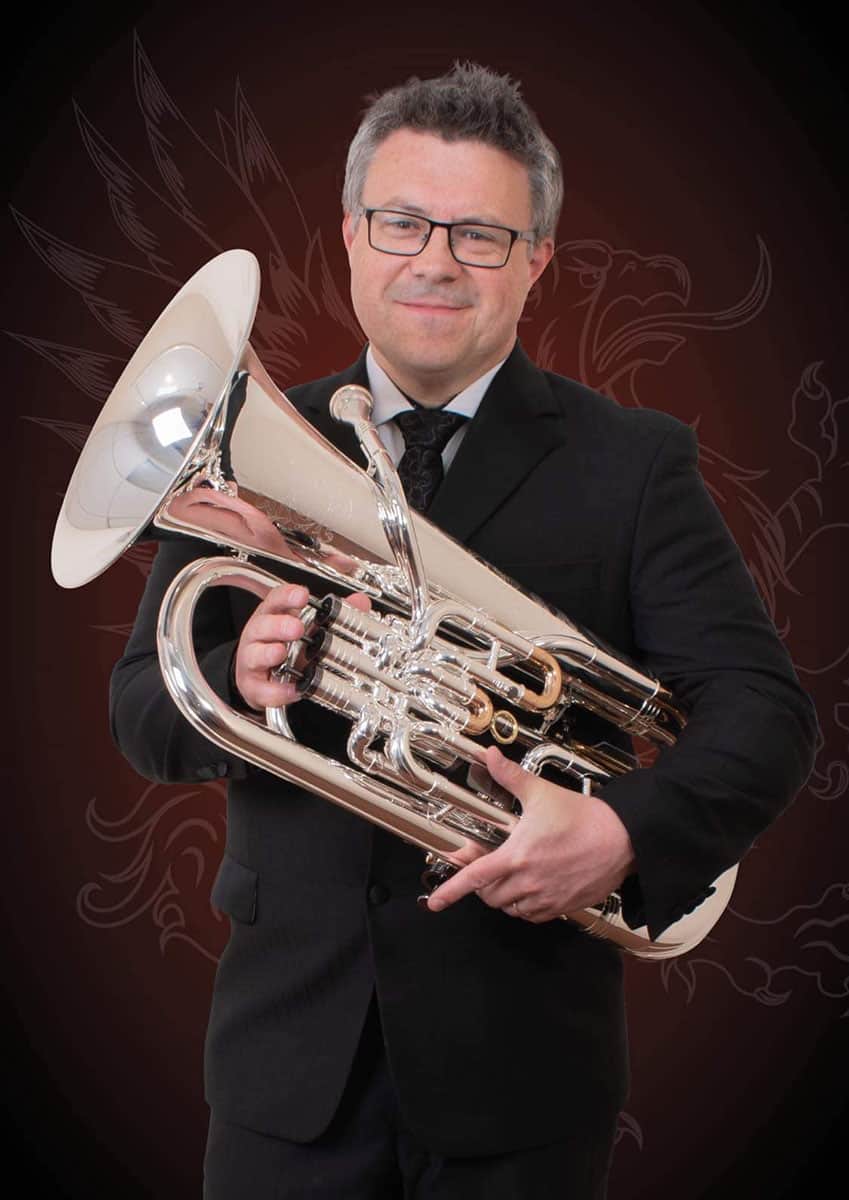